NOW IS THE TIME TO NOMINATE …

Any individual can be nominated for The British Citizen Award (BCA) or The British Citizen Youth Award (BCyA) provided that they have had a meaningful impact on those around them. Nominees come from all corners of the UK, all cultural backgrounds, and from all sectors of the community. The defining common aspect amongst nominees is that they have made life better for those around them.

Non-British nationals will be considered if their contribution has positively impacted British society, communities or citizens.

Those recognised with a KBE, OBE or MBE are ineligible to be considered for a BCA. Those with a BME or Queen’s Award are eligible. Those awarded a BCA are not exempt from the Queen’s Honours system.

Nominations are free and all successful applicants are invited to a presentation day at the Palace of Westminster in London. Those who receive a BCA will be encouraged to use the post nominal after their name, thus enabling them to promote their achievement in perpetuity.

Nominations will require validation, the first level of which is the seconding of all individual submissions. The BCA Independent Assessment Panel will then require evidence that the achievements, commitment and dedication outlined in the application form has brought benefit to any given community or group. Finally, the panel will need to ratify the application before an award will be made. Sometimes additional information will be sought and this can be supplied by post or email in most cases. The robust process ensures that the award becomes meaningful, sought-after and long-lasting.

Entry Rules and Regulations can be found HERE. 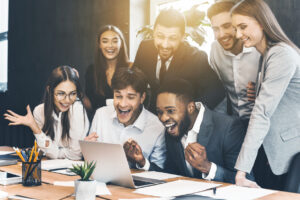 If you require further information or advice in submitting your Nomination Form, please contact 0203 002 7764 to discuss with a member of the BCA Team. Nominating for the British Citizen Award is completely FREE OF CHARGE.