We are extremely grateful to all our Patrons for supporting the work of The British Citizen Youth Award. Each one shares our passion in recognising those in society who are doing extraordinary things for others, selflessly giving for the benefit of others for little or no reward.

Our Patrons uphold The British Citizen Youth Award (BCyA) core values – transparency, integrity, determination, achievement – and their input enables us to continue to create momentous occasions and memorable days for those most deserving in our society. 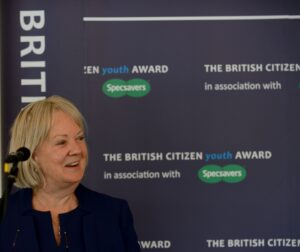 Mary plays an active role in the Specsavers business in a number of areas including driving customer service standards, championing its values and shaping its corporate responsibility (CR) commitments. Mary is also very involved in a number of national and local charities and was made a Dame Commander of the Order of the British Empire in 2007.

“The society we live in tomorrow will be shaped by the youth of today, which is why championing young role models is so very important. The unsung heroes recognised by The British Citizen Youth Award are the rising stars of the future“. 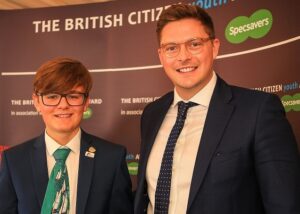 Alex is on a mission to make mental health education compulsory in schools, and has become prolific throughout the UK in his campaigning with charities such as YoungMinds, Anna Freud Centre & Mind, with a goal to ensure mental health sits alongside the likes of Maths and English on the curriculum.

Alex is a resident presenter on ITV’s Lorraine.  His first book, Live Well Every Day was published May 2021. 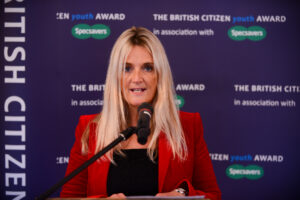 First News, the UK’s number one publication for children, with more than two million readers a week. Nicky is also CEO of Fresh Start Media, a production company making broadcast films for children around the world.  Nicky is passionate about giving kids a voice and a fair deal.

“Too often, young people get a bad press. It is fantastic to be part of The British Citizen Youth Award which celebrates the fact that young people are, in fact, extraordinary human.” 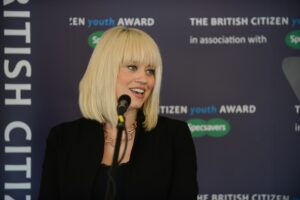 Kimberly was honoured to present The British Citizen Youth Award. This recognition programme shines a light on the efforts of our youth .

“As a patron for the British Citizen Youth Award, I feel privileged to help create a platform to celebrate the incredible achievements of these young people. 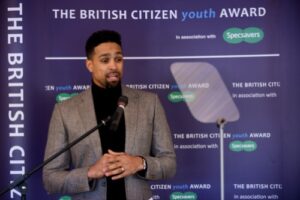 Ashley was amazed by the endeavours of all the young medalists who came from all corners of the UK. He thought the inclusivity of the Award is stunning and the medalists really were representative of all that is good about Britain’s younger population.

“We live in a world where the news agenda is largely dominated by violence, criminality and drugs, where young people are often depicted as being the problem and rarely the solution. The British Citizen Youth Award turns that on its head and generates positive press for the young people being recognised today”.